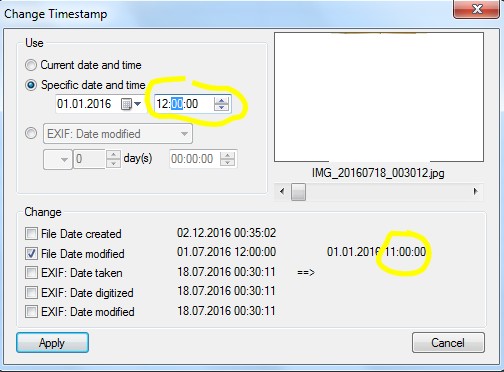 by larsen
This thread has been solved 1,5 years ago. It would be better to start a new thread.

First the good news:
Now the bad news:
but here is the real killer:
This last point is huge. I am guessing that Microsoft changed the time zone handling some time after XP SP2, which makes this a Windows-version-dependent or Windows-settings-dependent problem. Given that ExifTool seems to report the correct FileModifyDate on my development system, I am lothe to change this behaviour and break the backward compatibility for systems like the one I am running.

So the bottom line is that I don't see any good way that I can patch this Windows problem.

you are on Windows 7 too?

you are on Windows 7 too?

Sorry, I should have mentioned that I've done my tests on XP SP3 (with KB2904266 installed) where the problem also seems to depend on whether or not Automatically adjust clock for daylight saving time (Control Panel » Date and Time » Time Zone) is activated. 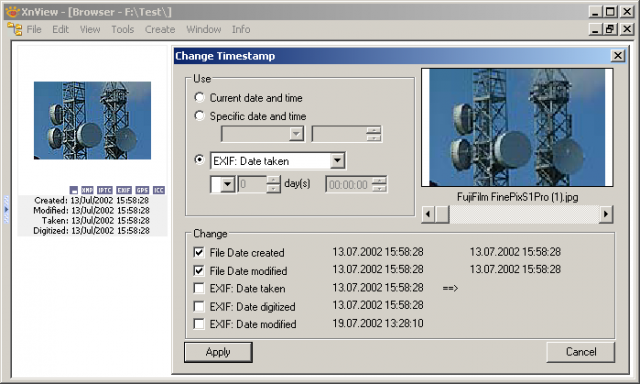 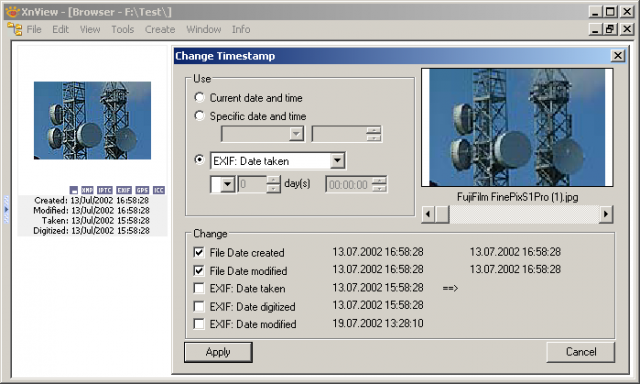