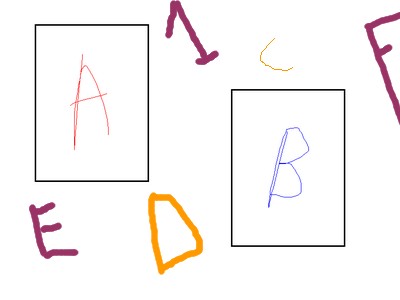 If you can read English I can better explain what might be possible...

Of course I can read english, I think you said enough, I'll read everything and I'll ask you again if something is not clear.

Thank you very much !!

Edit: I read, Have you an example of script using with XnView ?
Top

Using one or more of the Edit menu options mentioned above should enable you to significantly reduce the number of key strokes or mouse clicks required to make each of the two selections you require for each image.

An example of using scripts: Some years ago I scanned many book pages, and later wanted to move the text on each page to the same position, so that when I stepped through the pages the text remained in the same position on the screen. At the time I had the use of Adobe Photoshop which has a macro recorder, and by analysing and optimising the steps required I was able to create two simple scripts which, when assigned to keyboard shortcuts, greatly simplified the actions required to process each image.

From memory, the first script opened the next image in the relevant directory, and then inserted horizontal and vertical guidelines in the required position on the screen. I then made the one manual operation required -- to move the text on the page to the guidelines -- and then the second script saved the edited image, making the several keystrokes required. So processing each image was as simple as pressing one keyboard shortcut, making the manual operation, and then pressing the second keyboard shortcut.

Adobe Photoshop is notoriously expensive but I think the less expensive PaintShop Pro also has some form of macro recorder, although I have no experience of it. But the freeware utilities AutoIt and AutoHotKey can certainly be used to achieve similar automation of operations in Windows programs. Someone with significant experience of using one of them (not me...

) should be able to quite easily automate your process, with only the positioning on the screen of each of the two selections required for each image being performed manually.

A macro recorder for keyboard and mouse actions is included in AutoIt, which might be useful, but in fact very few instruction types would be required, so with the relevant knowledge coding the scripts should not be difficult. How practical it would be for someone starting with zero experience to analyse the overall problem and create suitable scripts, would depend on the individual and their motivation...

the_grinch wrote:Have you an example of script using with XnView ?