Older bugs which are supposed to be fixed in 0.84. *** Please try to reproduce your bug and confirm the bug fix. ***

this is a pretty old bug I thought I reported at some point but apparently have not.

Effect: A document has to be printed with the wrong (because ignored) margins (if Windows is set to use the last used printer as default), then XNView MP has to be restarted. The same printing settings now will print the correct margins again. 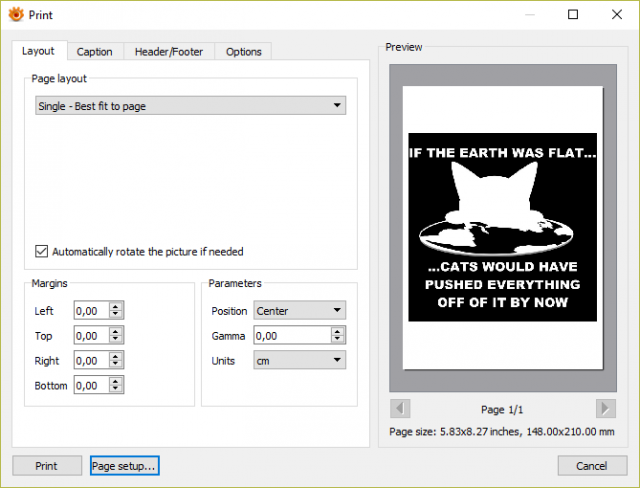 Expected behaviour: Changing the printer does not let XNView MP ignore the margins 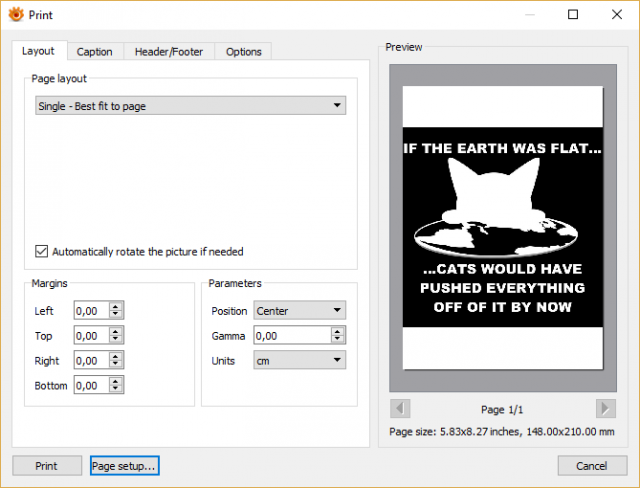 See issue for current status and some details.
Pierre.
Top